The second intake of the New Zealand Women's Sport Leadership Academy (WSLA NZ) began in 2019 with 14 Olympians graduating from the 18-month programme.

The academy, which is run for New Zealand Olympians, provides a unique learning environment that supports the women to transition from sport performance to sport leadership. The programme saw the Olympians attend three workshops where they developed their leadership competencies and were linked into a global network of female leaders in sport. The athletes were also put into groups for special projects which were presented to hundreds of New Zealand sport leaders, including Sport Minister Grant Robertson, on May 1st.

WSLA NZ Programme Leader Pauline Harrison says the challenges the women faced in the programme have honed their leadership skills.

“The behaviours and skills they have developed will allow them to step up in sport leadership locally and internationally,” said Harrison.

“The participants from our first intake have already made huge headway in their careers and we look forward to seeing what this next cohort achieves.”

Harrison was particularly proud of the special projects, with the presentations covering issues relating to women in sport, including; inclusive cultures, next generation leadership, safe sport, social change and visual landscape.

“The projects were extremely well researched and tackled hard issues which are often swept under the rug.

“The findings of the projects have been passed onto sporting bodies in New Zealand and we hope they will create positive changes for women’s sport in New Zealand.”

The projects can be accessed at this link.

“This year we celebrated our centenary and looked back on the Antwerp Olympic Games in 1920 where the New Zealand Team first marched into an Olympic Opening Ceremony as an independent nation.”

“In the next 100 years we want to see more women at the forefront of sport leadership in New Zealand, it is crucial we have more women in decision making roles in high performance sport to ensure a balanced view in leadership decisions.”

Stanley also took the opportunity to pay tribute to the late Susie Simcock (World Squash President 1996-2002, NZOC Board Member 1996-2008) who was heavily involved in sports governance.

“Susie was one of New Zealand's sport's most influential female leaders and was a trailblazer for other women in this area. She was a great supporter of this programme and would be extremely proud of all of the graduates.”

Olympian #1196 Alexis Pritchard is among those graduating from the course.

“The Women's Sport Leadership Academy has shown me how the skills and traits we developed as athletes can be transferred to leadership roles in the workplace.

“It was challenging but I’m extremely proud of the personal development that has come about as a result of this programme and I’m already putting my learnings into action.

“I also made some wonderful friendships with other female athletes and I look forward to continuing to learn off these women as we progress our careers.”

WSLA NZ is being run in partnership with the University of Chichester, England which launched the first international WSLA programme in 2014.

The programme has now been delivered to women in 62 different countries and plans are being developed to run a third edition of WSLA NZ. 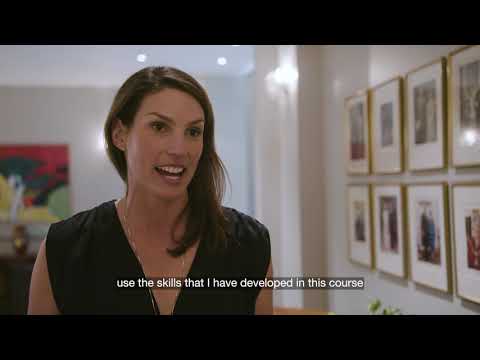 WSLA is an international leadership programme for women leaders in sport, run in partnership with the University of Chichester and the Anita White Foundation. The Academy was started in 2014 with the New Zealand women joining a network of almost 400 WSLA graduates from 62 different countries.